The Facts About Canine Influenza 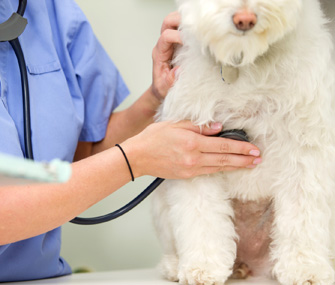 It’s flu season, and with that come the nonstop reminders to get your flu shot and the nonstop warnings about what could happen if you don’t. The U.S. Centers for Disease Control reports that up to a fifth of all Americans get the flu every year; more than 200,000 people will wind up hospitalized with complications, and approximately 50,000 will die. Public-health authorities have done a good job of building awareness of the risks associated with the flu virus, and most at-risk people — as well as a significant number of those not at risk — get a flu shot every year. There is no doubt that this effort has saved many lives.

But what about your dog? Does he need a flu shot? In 2004, a new disease, quickly dubbed “canine influenza,” was discovered among Florida’s racing Greyhounds, and it soon spread to the larger population of pet dogs. While there is a vaccine for this respiratory virus, parallels between human influenza and canine varieties — and the need to vaccinate at-risk pets — aren’t as strong as the similar names might suggest. Unlike seasonal flu in humans, canine influenza isn’t widely spread, and the vaccine doesn’t change to meet the challenge of evolving flu strains. But that doesn't mean that this isn't a potentially serious health issue for your dog.

Dr. Kate Hurley of the Koret Shelter Medicine Program at the University of California, Davis, School of Veterinary Medicine spoke with Vetstreet about how canine influenza is spread, what puts dogs at risk and why she doesn’t vaccinate her own dog.

Q. When the public first heard about canine influenza, it was pretty scary. Dogs were getting very sick and dying, and no one knew how far and fast this disease would spread.What has happened since?

A. Kate Hurley: "Two things, really: The disease has spread beyond Florida, and a vaccine has been developed.There’s some good news there along with the bad. The disease is endemic in many places on the Eastern Seaboard, and we’ve also seen it erupt in other places, most notably Colorado and Texas. But it hasn’t spread elsewhere at this point.

“For example, I see a fair amount of distemper in some California shelters, but I don’t see canine influenza other than a rare case here and there.It’s not clear why it hasn’t become endemic, but we do suspect that’s because unlike distemper, there’s a small window for passing the virus. With distemper, dogs walk the earth shedding the virus, which they can spread for weeks or even months after recovery. With canine influenza, the period when the dog is shedding the virus — when other dogs could catch it — is short, and that’s the good news.

"The vaccine is also good news, up to a point. It does not prevent the disease, but it does lessen the severity of the virus in dogs who contract canine influenza. And since even young, healthy dogs can get very, very sick and even die, lessening the severity is a very good thing."