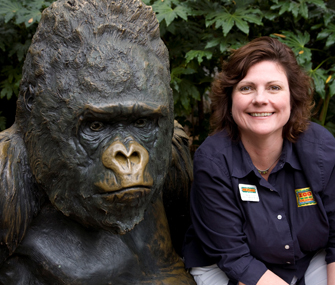 Most people know that heart disease kills an astounding number of humans each year. But did you know that it's also the No. 1 killer of orangutans, gorillas and other apes living in captivity?

Enter the Great Ape Heart Project, a revolutionary undertaking led by Dr. Hayley Murphy, DVM, director of veterinary services at Zoo Atlanta, to get to the bottom of why cardiovascular disease affects many great apes.

Vetstreet sat down with Dr. Murphy to discuss the important initiative, which could someday even help humans with faulty tickers.

Q. Why is heart disease so crucial to study in these species?

A. Dr. Murphy: "Heart disease is important because, in captivity, it's a major cause of mortality. All of these species are endangered or critically endangered, and when we're managing them in captivity, it's our responsibility as caretakers and veterinarians to protect their health and welfare. We're investigating why it happens, if it's something that we can prevent and how we can treat it."

Q. Do we know if heart disease is something that we see in captivity because these animals live longer?

A. "That's a really great question. When we started looking at gorillas over 10 years ago, we made some assumptions that it was a geriatric issue, but that turns out not to be the case. It's not necessarily an age-related disease in captivity because we do see it occur in younger animals as well.

"The other question we get asked is whether it occurs in the wild, and we don't really have great answers yet. We know from looking at animals who have died in the wild that it does occur, but in very small numbers — only two to three animals have ever been documented to have it in the wild. But we don't know whether that's because we haven't found a lot of dead gorillas with bodies in good enough shape to get an answer. In the wild, there may be a lot more who die that we never find, so percentage-wise, we can't say very much. It's still a big mystery, and we're struggling to answer that question." 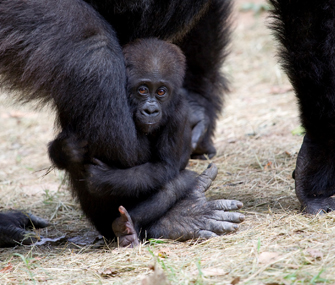 Q. When you say that younger animals are affected, how young are we talking?

A. "In gorillas, we have seen changes in their hearts as young as 13 to 15 years of age; a male gorilla can live upwards of 40 to 50 years, so that's pretty young. Between 13 and 23 — mid-puberty to young adulthood — we see a lot of affected animals. And it's usually males."

Q. So does this mean that it affects the whole species, not just individuals?

A. "Right. And it certainly caused a lot of alarm when we started seeing this in younger animals. It's kind of a double whammy — not only does it affect your existing population, but if you're taking out genetically valuable animals at the height of their reproductive age, that's a double hit for the population."