The Things Dog Owners Say That Make This Trainer Crazy 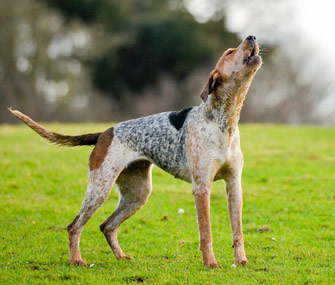 iStockphoto
Leaving your dog in the yard may lead him to bark his heart out for hours and annoy your neighbors.

I love animals; that’s why I became a dog trainer. But a large part of my job involves working with people, and while I tend to be a peaceful, diplomatic person, I am sometimes rubbed the wrong way by pet owners, particularly when their actions directly influence their dogs for the worse.

One of my biggest frustrations is pet owners who won’t take the time to train their dogs, but I have some other hot buttons as well —specifically, people who assume that their pet’s behavior is just the dog being a dog. While unwanted behavior is sometimes related to genetic factors, more often, a dog misbehaves either because he’s never been taught any differently or because the rewards for the bad behavior are greater than the rewards for the alternative.

Fortunately, there’s always time to change your dog’s behavior — and yours. Here are five of my biggest pet-owner peeves and why they make me so crazy.

“My dog is the alpha. He acts that way, because he’s dominant.”

This is a lousy excuse — dominance is not a personality trait in animals but a dynamic, fluid relationship between individuals in response to different resources. Forcing a dog into submission through methods like alpha rolls can hinder trust and increase aggression. In my experience, dogs who are said to be dominant are typically anxious and insecure. These dogs fare better with training that focuses on building their confidence and rewarding alternative choices.

I highly doubt that your dog doesn’t come when called just to spite you. Instead, he probably enjoys the freedom he has when he’s off the leash over what happens when he’s clipped to the end of the leash. A dog who potties on the rug while you’re away isn’t getting back at you for leaving — more likely, he is anxious or was left alone for too long. Seemingly spiteful or stubborn behavior can be eliminated by teaching your dog the acceptable behavior — to come when called, for example — and making that behavior desirable to him by rewarding it with treats and praise.