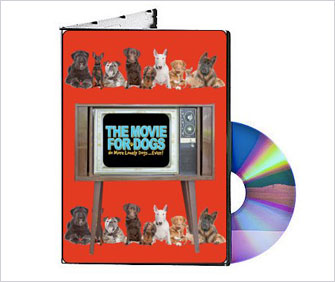 Like many dog owners, Ray Benenate of Santa Barbara, Calif., doted on his family’s Shih Tzu, Sophie. She went with them almost everywhere, and Benenate hated when they couldn’t bring her along. A few years ago, he came up with a creative solution to keep Sophie company when they were gone: a movie he produced just for her!

Benenate enjoyed taking Sophie to the dog park, and often brought his video camera with him so he could later share with his family the clips of Sophie playing with the other dogs.

His kids were mildly interested in the dog park videos, but it was Sophie who truly enjoyed them. “I would play the clips for the family, and Sophie would run into the room,” Benenate says. “She was more interested in it than the kids!”

Benenate began leaving the movie on for Sophie and her homebody sister, another Shih Tzu named Katie, when the family left the house. The Benenates were happy knowing the dogs had some entertainment and company while they were gone.

It wasn’t until he was visiting his sister that Benenate realized Sophie’s movie might be interesting to other dogs as well. His sister mentioned how much she hated leaving her Chihuahua, Jet, home alone, so Benenate made a DVD for the little dog. Jet loved it.

Next, Benenate tested it out on the Golden Retriever next door. She, too, enjoyed the film.

READ MORE: Dogs, Shih Tzu, Living With Pets, The Human - Animal Bond, The Things We Do For Love

READ MORE: Dogs, Shih Tzu, Living With Pets, The Human - Animal Bond, The Things We Do For Love