Home ›
Our Pet Experts ›
Caroline Golon ›
The Things We Do for Love: "I Risked a Fight With My Husband to Make My Dog Happy"

The Things We Do for Love: "I Risked a Fight With My Husband to Make My Dog Happy" 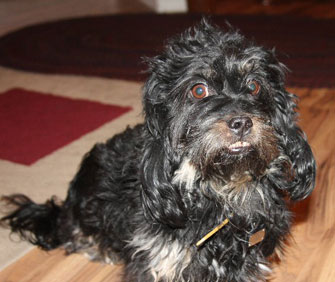 Credit: www.grandmajuice.net
Bringing Bugsy home was worth the risk of a big fight.

When Ronni and Bruce Keller’s 15-year-old dog, Jaden, passed away, they were devastated. So was their other dog, Harris. After weeks of seeing Harris become more and more depressed, Ronni decided to get another dog to keep him company, much to her husband’s chagrin.

Ronni says of Bruce, “He was either going to kill me or divorce me.”

The Kellers, who live in Las Vegas, hadn’t expected Harris to be so blue when Jaden died. “We tried everything. New toys, extra fun exercise, begging … pleading,” Ronni says. But nothing seemed to make a difference in Harris’ mood.

A New Playmate Comes to the Rescue

After two months of watching Harris mope around the house, Ronni finally broke down and went looking for a new dog, unbeknownst to Bruce. She found a Lhasa Apso who was in desperate need of a family and brought him home … while her husband was at work.

But … Another Dog Means More Work

To add to the challenges, the new dog, Bugsy, had been neglected, so he looked more like a shaggy, dirty mop than what most people envision when they think of a Lhasa Apso.

Ronni is happy to report that, although Bugsy was clearly neglected, at some point “someone did take care of him and teach him some basic manners and commands ... he does sit still for the grooming we are doing,” she says. “Some time and attention does wonders.”

READ MORE: Dogs, Lhasa Apso, Grief and Losing a Pet, Living With Pets, The Human - Animal Bond, The Things We Do For Love

READ MORE: Dogs, Lhasa Apso, Grief and Losing a Pet, Living With Pets, The Human - Animal Bond, The Things We Do For Love