Top Dogs Across America: 10 Most Popular Breeds by State 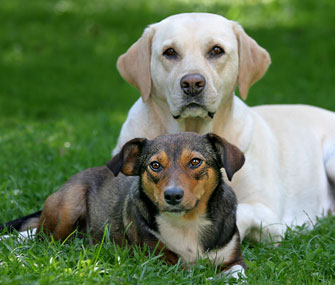 We all know the stereotypes: Purse-friendly, fluffy white dogs dominate the streets of uptown Manhattan, while trendy crossbreeds must be all the rage in image-conscious Los Angeles. Would you just look at the coat on that Cockapoo!

But what's the real deal when it comes to a state's preference in pups? Are Huskies really the top dog in Alaska? Is that ubiquitous Taco Bell mascot, the Chihuahua, truly big (at least in popularity) in north-of-the-border states like Texas?

There was only one way to find out: We decided to delve into Vetstreet's data and take a look at the 10 most popular breeds by state. Some of our suspicions were confirmed — but there were also a few unexpected findings.

Top Breeds Across the Board

It came as no surprise that the Labrador Retriever took the top slot in a vast majority of states — 42, to be exact. The Lab has long been ranked as the most popular dog in the country by the American Kennel Club, and our stats bear out the appeal of this family-friendly charmer. Even in states where the Lab didn't nab the #1 ranking, the breed still came in a close second or third in every state but Nevada.

Other fan favorites: The Chihuahua was among the top three in 34 states, and the American Pit Bull Terrier was a top-three breed in 28 states, claiming the #1 ranking in Rhode Island. And the Yorkshire Terrier and the German Shepherd Dog both made the top five in 37 states.

While analyzing our data, we noticed a few regional trends — some of which weren't all that unexpected. For example, the only state where the Siberian and the Alaskan Husky both break the top 10 is — you guessed it — Alaska.

But others were harder to decipher. In most states, the Lab, Chihuahua and Pit Bull were in the top three, and most regions held to that formula pretty consistently — except for the Northeast, where only Delaware counted the trio as its most popular breeds. Instead, the German Shepherd Dog, Golden Retriever, Boxer, Yorkshire Terrier and Shih Tzu showed up in the top three.

Every once in a while, we spotted a few mini trends — usually in likeminded states. The Border Collie, for instance, made the top 10 in three locales: Idaho, South Dakota and Wyoming. We don't think it's a coincidence that all three states have plenty of wide-open spaces, so the active breed can work and run.

The Bulldog made the top 10 in 10 states, which may have something to do with the breed's popularity as a mascot. Nine out of the 10 states have colleges that have adopted the breed as a sports symbol.

Designer mixes have been working their way into our hearts and homes, as well, with the Labradoodle nabbing a tenth place in Oregon, and the Goldendoodle fetching ninth in Wisconsin. So much for those fashionable Los Angelenos, who didn't have any of the "doodles" in their state's top 10.

So tell us what you think: Have you noticed a bevy of any of these breeds in your state? Have you owned any of them?

*Note: A handful of states had a limited sampling and therefore may not be representative of the state as a whole.

For more interesting pet trends culled from Vetstreet's stats, check out these stories.