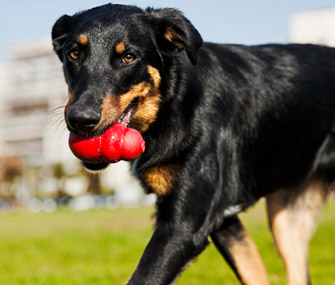 Different dogs need different toys. Some dogs can only be trusted with the toughest, most indestructible toys on the market, so get to know your dog's chewing capabilities early if possible. When evaluating the safety of a toy, consider the following: