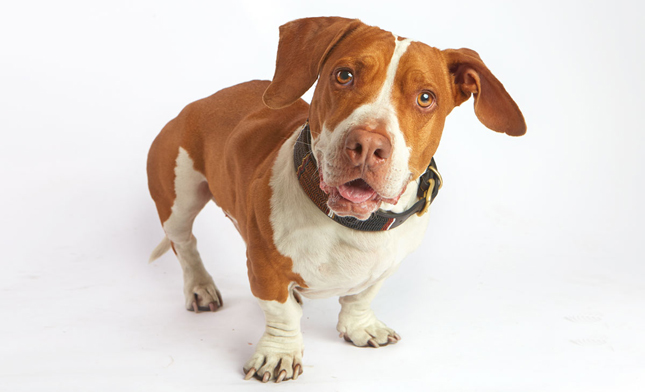 A 4-year-old blend of Beagle, Basset Hound and Boxer who hails from Chico, Calif., won the ultimate doggie anti-beauty contest Friday, taking home the title of the World's Ugliest Dog. With his huge head, oversize paws and duck waddle, Walle beat out 29 other contestants at the annual competition, hosted by the Sonoma-Marin Fair in Petaluma, Calif.

The controversial contest is usually dominated by Chinese Cresteds, Chihuahuas and other hairless canines, so Walle's win came as quite a surprise.

You can see footage of Walle and the other contestants in this pageant video. And check out our photo gallery to see more of this year's four-legged competitors.

Brian Sobel, one of the judges, said of Walle: "This dog looked like he's been Photoshopped with pieces from various dogs and maybe a few other animals."

We were so inspired by Walle's looks that we decided to take a look back at the last decade of the World's Ugliest Dog contest. Get to know Sam, Yoda, Princess Abby and many other past winners here.

Winners of the Past Decade 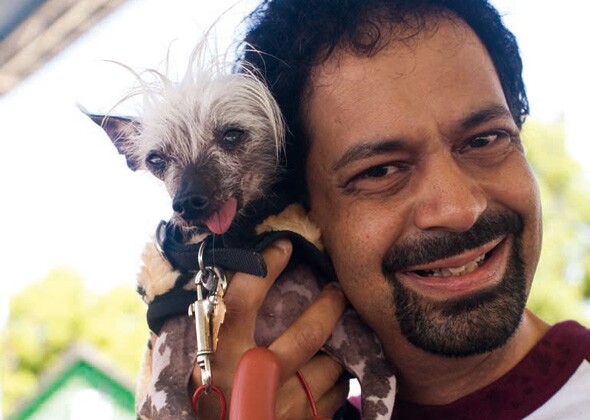 That hair! Rascal is a purebred Chinese Crested who was born without quite a few of his teeth. You can keep up with his adventures (particularly meeting celebrities with owner Dane Andrew) on his Facebook page. 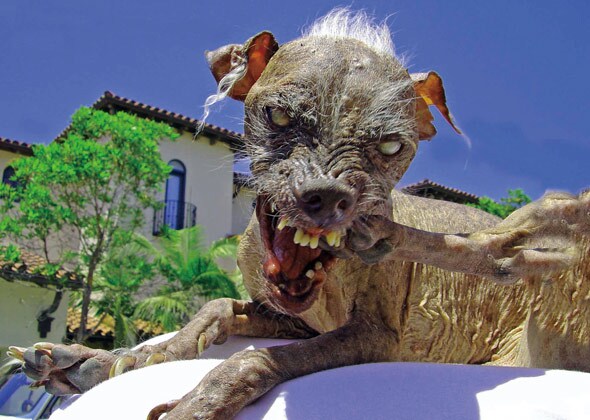 For three consecutive years, one charming canine dominated the World's Ugliest Dog contest. Sam the Chinese Crested was originally taken in as a temporary foster, but he became a permanent part of Susie Lockheed's family. He won the competition for three years straight before he passed away from heart failure in 2005. 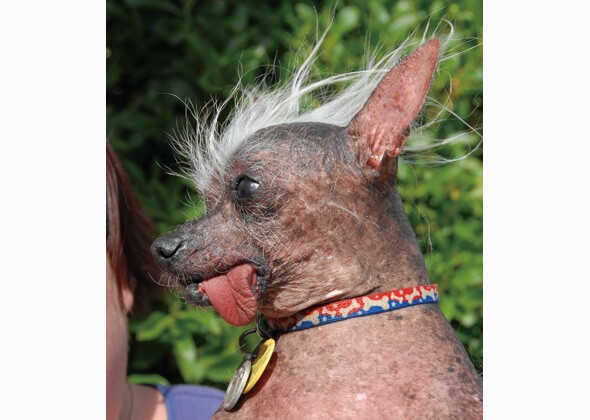 Heather Peoples, the canine coordinator for an Arizona animal shelter, rescued Archie from the euthanasia list. "Shelter dogs, to me, are the best dogs," she said, in an interview with Animal Planet. "They know that you're there to save them, and they know that they need to give you as much love as you give them." 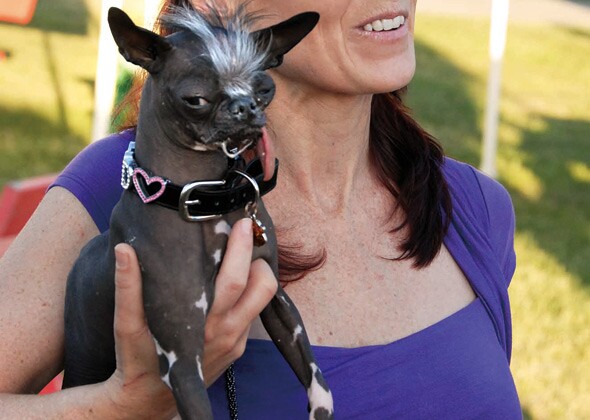 Elwood, whose tongue hangs out because he doesn't have teeth on the bottom left side of his mouth, uses his celebrity status to help nonprofit animal organizations. There's even a children's book based on his life — it's called Everyone Loves Elwood — that teaches kids that it's OK to be different. 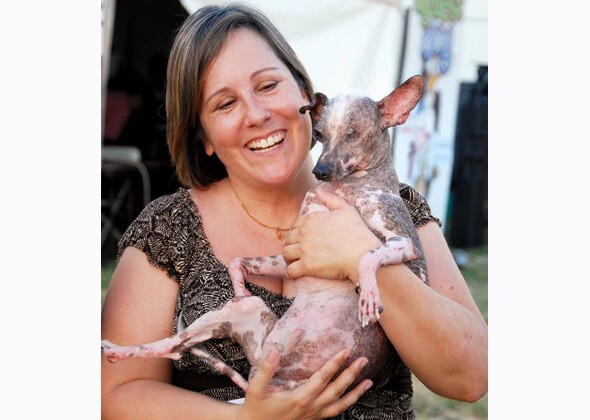 Jeanenne Teed rescued Gus as a puppy from a cage in a dark garage. The Chinese Crested grew to love road trips, and traveled from Florida to California to claim his World's Ugliest Dog crown in 2008. 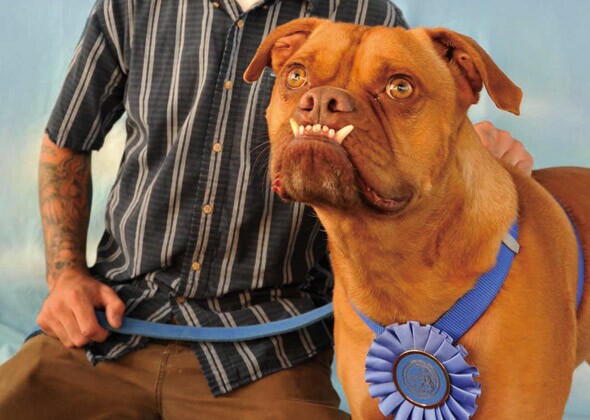 In 2009 the coveted crown went to a true underdog — Pabst the Boxer mix. In a competition that’s often won by Chinese Cresteds, even Pabst’s owner, Miles Egstad, was surprised when his pup took home the title. “I don’t think he’s that ugly!” he told the Los Angeles Times. 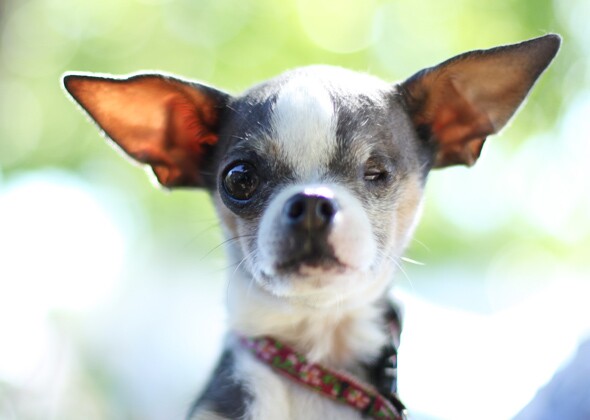 Since she won the World’s Ugliest Dog title in 2010, Princess Abby has appeared on Good Morning America, was featured in a documentary about ugly dogs and has modeled outfits designed just for her. Sounds like the life of a true beauty queen! The rescue dog even vied for another chance at the title by competing in this year’s pageant. 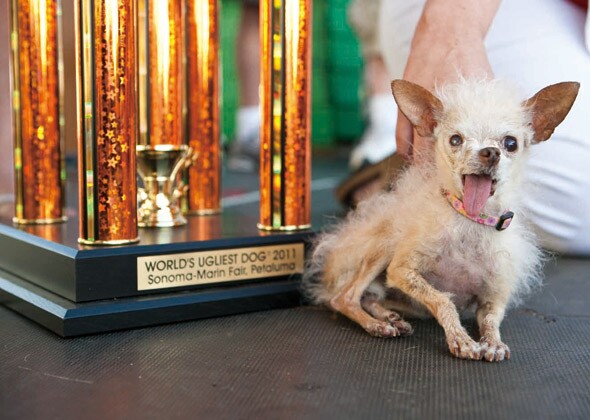 Yoda, a Chihuahua-Chinese Crested mix, took home the title in 2011. Sadly, the tiny pup passed away peacefully in her sleep in March 2012. 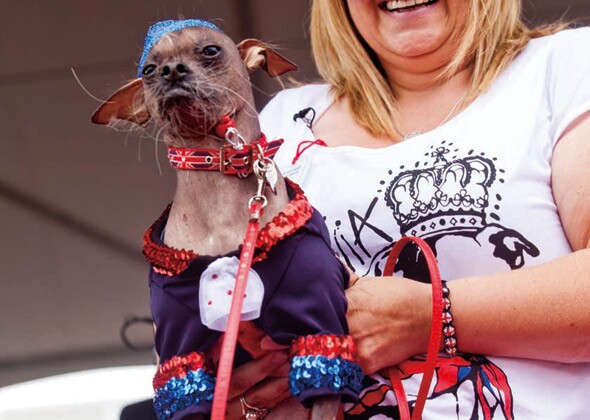 2012’s winner was Mugly, a Chinese Crested who is hairless except for some wiry whiskers and one eyebrow. His name is especially apt for the "ugly dog" contest: It's a combination of the words "ugly" and "mug."