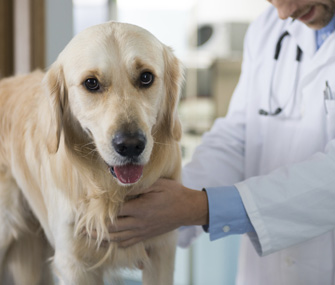 With the summer season upon us, the Centers for Disease Control has started to issue warnings about sun safety to help protect Americans against sun-induced tumors such as melanoma. Since pets don’t sunbathe or go the tanning parlor — both risky behaviors when it comes to skin cancer — and are covered in fur, how could that dark spot on your Fluffy or Fido be a melanoma? Melanoma in dogs and cats does not look like it does in people, but it can still be deadly. Here’s how you can recognize the dreaded disease in your best friend, despite its resemblance to other problems.

In my daily oncology practice, I often see pets because of a concern on the part of a human family member about dark spots that have appeared on a pet’s skin. The good news is that skin melanoma is quite uncommon in dogs and cats. There are some common pet skin conditions that often look like a possible melanoma, however, and they can get everyone concerned. For example, orange tiger cats commonly develop flat, round, pigmented areas surrounded by normal skin on their lips, gums, nose and eyelid margins.Known as lentigo simplex, the benign lesions require no treatment and do not transform into melanoma.

Another noncancerous skin abnormality often mistaken for melanoma in a dog is a macule, a round to oval, flat, pigmented area that often occurs after a skin infection. Before the skin developed pigmentation, the area may have been red, itchy and surrounded by a flaking, peeling ring. The lesions are not cancerous, but the infection may require antibiotic treatment. Macules are most readily seen on sparsely haired canine tummies.

You can help your doctor detect a melanoma on your own skin, since nearly every inch of human skin can be seen. Your dermatologist can then biopsy suspicious lesions. The most common location for melanoma in your dog, however, makes this kind of easy discovery nearly impossible. That’s because melanoma is the most common oral tumor in dogs. (To a lesser degree, oral melanoma is also occasionally seen in cats.) In a reluctant patient, getting a good look in a dark mouth for a black tumor is no easy task. A bad case of hound halitosis may wind up being your first clue of a melanoma in the mouth. Oral melanomas are most commonly black, raised masses that frequently bleed. Pet owners may notice blood-tinged saliva or blood on their pets' teeth. Your veterinarian may need to sedate your pet to see the tumor and perform a biopsy in order to make a diagnosis. Surgery, radiation therapy and a melanoma tumor vaccine are just some of the common treatments for oral melanoma, but more and better treatments are needed, since a cure is rare.