Home ›
Our Pet Experts ›
Dr. Marty Becker ›
When to Spay and Neuter: One Vet's Opinion

When to Spay and Neuter: One Vet's Opinion 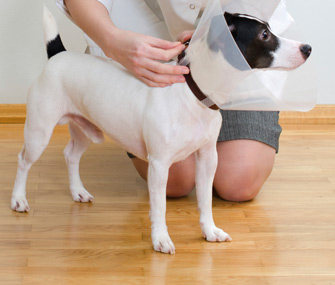 First it was easy, then it was more complicated, and now it’s more complicated still. What am I talking about? Giving advice from a veterinary perspective on exactly when to spay or neuter dogs and cats.

What do I say when I’m asked these days? I honestly don’t have a “stock” answer anymore. I lay out the pros and cons based on current best practice and cutting-edge research and tailor the advice to the breed or mix and household situation — in short, I use all my professional skills to provide pet owners with the tools to make an educated, informed decision based on what’s best for an individual pet in a specific family.

How did things get so complicated? It comes down to following the current research and looking out for the greater good.

I still believe that for the overwhelming majority of family pets, altering is the best bet; the real issue is timing, not neutering.

For the most part, altered pets are healthier and easier to live with — that’s especially true of cats of both genders and female dogs. The issue is not quite so clear-cut for male dogs, with some studies showing some protective health benefits to maintaining some level of testosterone.

But even for male dogs, blocking reproductive ability is generally a good thing, as are what most believe to be the behavioral benefits of castration: no intense desire to escape in pursuit of a female in season and a reduced inclination toward some types of aggressive behavior. Yes, it’s true that solid fences, strong leashes and good training can reduce or eliminate the problems linked to being an intact male dog, but it’s also true that most pet owners don’t want to deal with troublesome pet behaviors that can be eliminated with a knife or a needle. And, honestly, who can blame them?

Of course, we can’t ever forget the bigger issue: Wide-scale spay-neuter has been a critical part of successful efforts to reduce the number of pets born without homes every year. The number of pets euthanized for lack of a home every year has fallen dramatically in the past few decades, but 3 million to 5 million pets still need to find forever homes every year. To keep the numbers low enough to give these animals the best chance, we need to keep spaying and neutering.

Few things in medicine are clear-cut, and it’s a good thing that the pros and cons and timing of spay-neuter continue to be researched and debated. But I’m still coming down firmly on the side of spay-neuter, and most of my colleagues are, too.

The Question Remains: When?

What I’m not so bullish about now is spay-neuter of young kittens and puppies, even though I understand why shelters are so keen on it. Like the majority of veterinarians, I have seen many an accidental litter of puppies or kittens born to the pet of a well-meaning person who overlooked spay-neuter until a young pet was already pregnant. Being able to prevent that unintended litter by altering a pet before placement makes good sense on a large scale.