When Your New Pet Isn’t a Good Fit for You 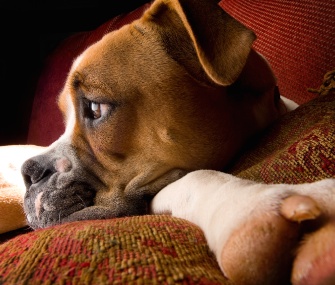 The ASPCA has created some tools to help reduce the likelihood of returns. For example, shelters can use the Meet Your Match tool to gather information from potential adopters about what they’re looking for, such as “It’s most important to me that my dog [fill in the blank].” They might answer “be house trained” or “be affectionate,” and those insights can help shelter workers pair them with pets who meet their expectations.

“Yes, it’s about saving a life,” Weiss says of adopting a shelter animal. “But this life’s going to be with you for a long time.”

Weiss, who is a certified applied animal behaviorist, says many shelters call new adopters after three days, then three weeks and again after three months in hopes of identifying issues before there’s a big problem.

The ASPCA also has the Virtual Pet Behaviorist tool, which can help new pet owners work through problems with potty training or excessive barking, among other things.

Anna adopted Danny, a Spaniel-Labrador mix, from a rescue about five years ago, when he was 3. The group had had him for only three days, so it hadn’t seen the severe storm anxiety that Danny had. He’d become so anxious he was destructive, Anna says. In addition to his storm anxiety, he would also fight with other dogs.

Anna says she was committed to dealing with issues that another adopter might have given up on. She’s worked with behaviorists and made modifications to her own life, like passing up social invitations when she knows it might storm so she can be home with Danny.

“It's a hard situation, because until the animal is in its permanent environment and the honeymoon period is over, its issues may not rear their ugly heads. That is what happened with us,” Anna says. “I feel that if I can care for a difficult animal, that is one less [pet who] will be brought back.”

Even when you’re committed to your pet, things can be difficult, as Kelly has found. She adopted Casey, a Corgi mix, about five years ago when he was a puppy, only to discover that he was incontinent.

“From the time we brought him home, this little guy dribbled urine,” she says. Casey’s veterinarians thought he might have a problem that could be repaired with surgery, but CT scans didn’t find anything. The vets now theorize that it could be a complication of the parvovirus he had as a puppy.

Kelly has turned her enclosed, temperature-controlled back porch into Casey’s home. He’s comfortable there with a couch and his food and water bowls, has a doggie door to go outside and can see inside through the windows. Her children often hang out with him on the porch. But Kelly has to mop the floor every day, and her family has to put a diaper on Casey to bring him inside “so we can give him some loving.”

“It’s just a real hardship,” she says. “I adopted him — he’s my responsibility for better or for worse. He really is a good dog and he gets along great with my other dog, so we’ve kind of kept going with it.”