Why a Bengal Might Be the Right Cat for You 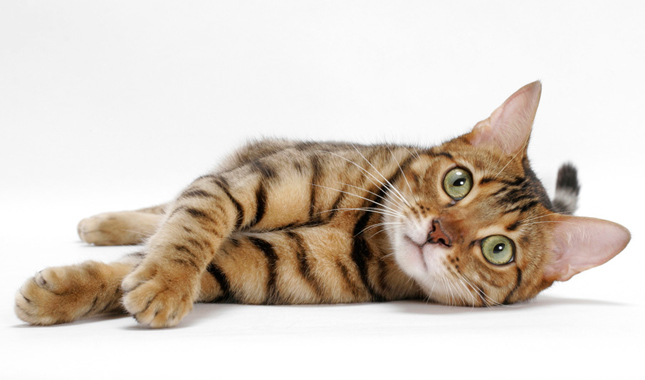 Bengals may look wild, with their spotted and marbled coats, but they are known for often being affectionate, attention-seeking cats who tend to love their owners.

Do you wonder if they could be the right breed for you? Learn more facts about these fascinating felines.

Though many people are drawn to cheetahs and lions, it's not a good idea to try and keep them as pets. The Bengal was first bred in the 1960s to achieve that wild cat look by crossing small wild Asian Leopard Cats and domestic shorthairs.Bengals aren’t recognized by The Cat Fanciers' Association, but The International Cat Association began recognizing the breed in 1991.

The Bengal is generally a curious and active cat who loves to be entertained. He’s a high-energy feline who’s often on the move and wants to be where the action is. He doesn’t do well with boredom and benefits from having a playmate, so make sure you can put in the time to engage with him or consider getting him a feline pal.He’ll probably play fetch with you and may even walk on a leash.

3.They’ve got coats of many colors.

The breed's coat comes in many background colors, including gold, rust, brown, orange, sand, buff and ivory. Their spots also vary in color, including rust, charcoal and black. Some of their coats are even a bit iridescent and appear as though they’ve been sprinkled with glitter.

4.They tend to be water friendly.

Many Bengals aren't afraid to get wet and may try to join you in the shower or play with water that comes out of your faucets. All this means that Bengal owners are wise to keep an eye on their aquariums!

The Bengal is typically an intelligent cat.All that braininess, however, will need to be channeled in order to keep him from entertaining himself in ways you might not like. This bright cat is often clicker trained and typically enjoys learningtricks and games and playing with interactive toys or food puzzle toys that reward him with treats when he manipulates them properly.

Are you still intrigued by this fascinating breed? Learn more by reading our detailed Bengal cat breed guide.