Home ›
Our Pet Experts ›
Dr. Patty Khuly ›
Why Does My Dog... Hate Having His Paws Touched?

Why Does My Dog... Hate Having His Paws Touched? 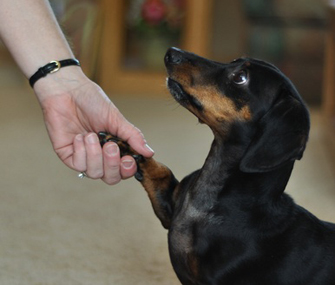 Despite the fact that dogs' feet are pretty tough, canines are still sensitive about having their paws manhandled — especially if it involves toenail trimming.

Dogs who’ve had their nails trimmed too aggressively may react negatively when they spot clippers in the future. This makes sense given that mammalian extremities — the feet, ears and tail, for example — are packed with sensitive nerve endings.

But sometimes even a simple foot rub is off limits. This sensitivity to paw handling seems to be an innate canine trait. By contrast, most cats tend to be amenable to simple stroking and even massaging of the feet, while dogs often read this sign of affection as a personal assault — despite our best intentions.