Home ›
Our Pet Experts ›
Dr. Dennis Chew ›
Why Does My House Smell Like Cat Urine? 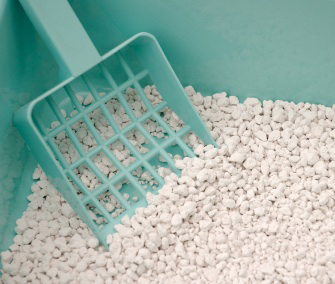 One morning when I slipped out of bed, my foot stepped on something wet on the small Oriental rug next to my bed.Wow — what was that?A quick smell confirmed my fear that it was indeed cat urine.The question I asked myself was, “Why would either of my two cats urinate here and not in the litterbox?” Many folks would quickly jump to the assertion that the early morning puddle I found on my rug was a case of “inappropriate” urination — which it very well could be. But let’s stop and think for a minute: Is it really inappropriate for a cat to urinate outside the litterbox if he is possibly dealing with any one of a variety of disorders ranging from behavior issues to cystitis (usually sterile) to urinary stones? Or, what if he is having problems making urine that is concentrated because of chronic kidney disease, hyperthyroidism or diabetes mellitus? Any one of those conditions could make him need to urinate more frequently and more urgently, making it less likely that he’ll use the litterbox.

For example, let’s look at behavior issues as just one potential cause of “inappropriate” urination. The term “behavior problem” bothers me because the problem is almost universally targeted toward the cat. In reality, many behavior issues are often more related to theowner’s lack of understanding about how some important animal husbandry concepts work, especially regarding cats.

In my experience, the number-one problem with cats urinating outside the litterbox relates to inadequate cleaning and hygiene of the box. Sometimes there are substrate issues (meaning, the type of litter is not one that the cat prefers or is a type that has adverse effects on him). Additionally, most owners of cats do not understand how vitally important it is to provide enough convenient litterboxes or how often the box should be cleaned.The rule of “One + One” is often violated.

This is the rule that states there should be a litterbox for every cat plus an additional one in different locations to ensure optimal opportunities for each cat to use the toilet (for example, a household with four cats would need five boxes).I have two cats and had two litterboxes right next to each other in the basement, so when I put my foot in a puddle that morning, I already knew I was guilty of being in violation of this very basic rule of litterbox management.

Another “rule” is that litterboxes should be scooped at least once daily. Twice daily is even better. Many times cat owners do not scoop the box because they don’t see anything in it that needs scooping.The problem is that some cats deeply bury their urine and feces, and, to the owner, it appears that yes, the box is clean. But keep in mind this may be just “surface” clean. When one goes looking for “buried treasure,” it is surprising to see how much feces and urine can be retrieved from what many cat owners would call a “clean” box. When cleaning, one must remember to scoop below the surface, not just on top. In my personal situation, I was only scooping once a day and that was clearly not enough cleaning for my two cats.

Also, once a week the litter should be discarded and the litterbox cleaned, preferably with something that does not leave a residual odor. It is sometimes a good idea to experiment with several different litter types to find one that your cat truly enjoys. When cats are having a particularly difficult time getting back to using the litterbox, peat moss may be a surprisingly effective substrate to use as litter — most cats seem to like this texture from what I can tell. Using a litter that has been treated with an “attracting” substance can also help get a cat back into his litterbox. The goal is to provide an optimal environment that encourages cats to willingly go into the box, stay long enough to urinate and complete bowel movements, and then cover their “treasures.”