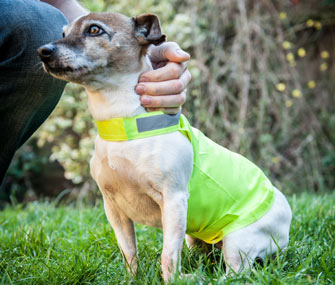 iStockphoto
Lumps and bumps on dogs are so common that they're one of the top reasons pet owners take their animals to their veterinarians.

It’s not pretty, but it’s a fact of life: We all get older. For some of our pets, that means often unsightly, suspicious and definitely disconcerting growths that arise on, in or just beneath the skin. Though often benign, these unwanted lumps and bumps are never cosmetically pleasing and may well represent problems that are more than skin deep.

But first, a quick primer on the semantics of superficial lumps and bumps: Veterinarians commonly refer to these as “masses,” “tumors” or “growths,” regardless of their provenance or potential cancerous-ness.

No matter what we call them, one thing is clear: Almost all kinds of lumps and bumps appear much more often on older pets –– dogs, mostly. And lumpy-bumpy skin tumors are so common, they’re listed among the top 10 reasons people take their dogs to their veterinarians.

Many Lumps Are Benign

Fortunately for cats, many common lumps are temporary. For example, cats often get bite wounds and abscesses sustained while carousing the neighborhood or simply defending their territory from interlopers. Still, lumps on cats shouldn’t be ignored.

Though dogs can get abscesses, too, for them (and some cats), the range of possibilities tends to be a bit broader. Benign (non-cancerous) superficial masses may include warts (papillomas) and wart-like masses, cystic tumors (fluid-filled masses), skin tags, sebaceous gland tumors (rarely, these can be malignant, or cancerous) and others.

Benign lipomas(or fatty tumors) are so ubiquitous among dogs (and not so much in cats) they fall into a category all their own. They arise from fat cells beneath the skin and typically present themselves as roughly circular masses. They can sometimes grow quickly –– and occasionally to impressive proportions! Most, however, stay within the smaller range of three inches in diameter or less.

Occasionally, lipomas can infiltrate the tissues around them and become difficult to surgically remove. Another infiltrative variation on these tumors, liposarcomas, are malignant but relatively rare.

Other Bumps Are More Worrisome

Why are older pets more likely to grow these lumps and bumps? This is the part we don’t fully understand. It’s clear, however, that the cells of older animals may lose some of their ability to regulate themselves properly, often leading to abnormal tissue growth.

The trouble is, it’s not easy to distinguish a benign lump from a cancerous one by outer appearances alone. In most cases, a fine needle aspirate or biopsy can help identify the type of growth. So if you see a lump or bump on any pet, older or otherwise, head over to your veterinarian. Though likely to be benign, this is the best way to be sure you’re not ignoring somethingthat may require attention.