Home ›
Our Pet Experts ›
Kim Campbell Thornton ›
Why Hasn't a Labrador Won Westminster? We Get the Scoop

Why Hasn't a Labrador Won Westminster? We Get the Scoop 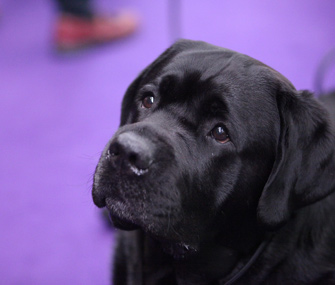 Do you wonder every year why certain breeds never seem to win Best in Show at Westminster? Why can’t Labradors, Golden Retrievers, Dalmatians and Chihuahuas catch a break?

Those are just a few of the many breeds that have never gone home with — or in — that big silver bowl presented to the winner of what is arguably the nation’s most prestigious dog show.

It’s quite possibly the main question that David Frei, the longtime co-host of USA Network's annual telecast of the Westminster Kennel Club Dog Show, hears: “How come a Lab hasn’t wonBest in Show?”

Chalk it up to the numbers, Frei says, himself the owner of two breeds (Brittany and Cavalier King Charles Spaniel) that have also never been named top dog.

Do the math. With currently 192 different breeds and varieties all competing for the win, it’s a long shot for any dog.

“Even if all those 107 were different breeds, there’s still 85 of them out there that wouldn’t have gotten awards,” Frei says.

It’s not always the top-winning show dog who wins either. Sometimes the dog everyone expects to see in the Best in Show ring gets bumped out by a, err, dark horse in the breed ring or the group.

“In the 25 years I’ve done the show on TV, I think not many more than 10 of the No. 1 dogs in the country from the previous show year have gone Best in Show at Westminster,” Frei says.

Some breeds seem to be eternal bridesmaids.

A Gordon Setter won the Sporting Group three years running in 1997, 1998 and 1999. A Pembroke Welsh Corgi won the Herding Group four out of five years between 2000 and 2004 but never claimed Best in Show. Irish Setters have been entered in the show every year since the beginning in 1877 and have had 10 Sporting Group wins without ever taking Best in Show. Dalmatians? Eight Non-Sporting Group wins but no Best in Show. Greyhounds and Norwegian Elkhounds have won the Hound Group 13 and 11 times, respectively. But neither breed has been able to close the deal.